Class-action lawsuits have long permitted employees to sue employers who violate wage and labor laws. For years, this has spared employees the time and expense of having to litigate separate cases regarding the same issue. However, Supreme Court justices recently threw a wrench in this long-standing practice with a ruling that puts class-action lawsuits on the line.
Mandatory arbitration clauses bar employees from banding together
Last month, the Supreme Court ruled in favor of Epic Systems Corporation, a company that was accused of misclassifying employees to cheat them out of overtime pay. However, the employer fired back stating that their employees could not take legal action due to mandatory arbitration clauses. Shockingly, the Court appeared to agree. The justices affirmed the company’s argument stating it is completely legal for employers to require employees to consent to mandatory arbitration for wage and labor complaints. The implications of such practices are that grievances are kept private and there may be no discovery process at all.
Are there other ways for employees to seek justice?
If your employer is one of the 60 percent of companies in the private-sector that employs non-unionized workers, your right to sue may now be limited under the ruling. By 2024, some predict that 80 percent of companies in the private-sector will include mandatory arbitration clauses in their employment contracts. While these numbers are intimidating, the ruling does not necessarily bar you from filing a complaint with the Equal Opportunity Employment Commission for wage and hour violations. If you believe that your employer is engaging in illegal practices, you may want to meet with an experienced employment lawyer to learn more about your options under the law.
Taking action against your employer comes with its challenges, but mandatory arbitration clauses shouldn’t stop you from speaking up. If you’ve been excluded from overtime pay you have rightfully earned, you can seek recourse and demand what you are entitled to.
The post Supreme Court ruling puts class-action lawsuits in jeopardy appeared first on Donelon, P.C..
Source: New feed 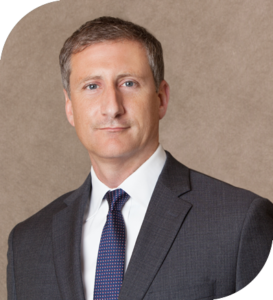